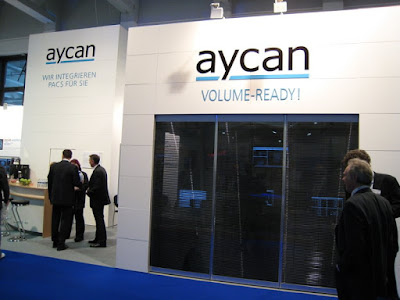 
aycan, together with its business partner Xerox Corp, successfully introduced the aycan xray-print solution to the United Arab Emirates market place. The first systems have been installed at a medical center in Abu Dhabi and a hospital in Al Ain. Together with its business partner Xerox, aycan, as the leading provider of DICOM print systems on plain paper, continues it's effort to cover more international markets.

In April 2009 OsiriX PRO V1.4 has been released for worldwide distribution.
In addition to its 64 bit capability, which makes this workstation substantially faster, the new software comes with 80 other improvements. Most notably, the 64 bit version can utilize up to 4 TB of physical RAM and up to 256 TB virtual RAM. This major improvement allows users to manage volumes of both current and future data sets without any problems.
New features include:
OsiriX PRO V1.4 supports Mac OS X Leopard with Intel Processors
Besides being just a post processing workstation, OsiriX PRO is designed to be used as an RT workstation which allows the user to print, export/ import DICOM-CD's, and perform data correction. OsiriX has all necessary DICOM interfaces to be seamlessly integrated into a RIS and PACS. OsiriX PRO is one of the fastest medical workstations currently available in the market. In combination with aycan store (DICOM archive) it becomes a high speed PACS.
Differences between the free version of OsiriX:
Eingestellt von aycan medical um 16:00 Keine Kommentare: 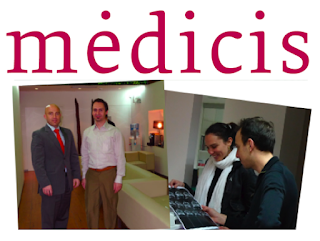 The system was connected to MR, CT, US and an OsiriX workstation to print radiological images on a Xerox MFP to reduce film costs dramatically.

Together with it's partners D.E.C. Digital and Xerox, aycan continues it's effort to cover more international markets as the leading provider of medical paper print systems on plain paper printers. 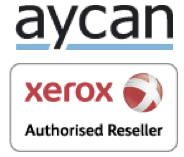 With over 12 years of experience, aycan Digitalsysteme GmbH is a pioneer in DICOM paper printing using high quality laser printers. The German and US based company also develops and markets solutions for PACS and Advanced Visualization.
Eingestellt von aycan digital um 09:34 Keine Kommentare:

OsiriX at the University Hospital of Geneva Switzerland